Mary, a mother of two, is preparing to leave home for work but has to drop her seven-year-old at school first.

Her husband, an accountant at a city company, also wants to get to work, and since they have to use the same family car, debate rages over who should be considered at the first drop.

For starters, Brian, Mary’s husband is a respected 30-year-old who takes pride in not only his profession but also his high standing in society as someone who made it in life.

Since his PR wife is also prominent in both their real estate activities and around their circles as well, the dilemma has been over who stands out as the “head” of the family.

The truth is, Miriam earns more than Brian. The family car they use is somewhat of their savings. Her husband sorts out the rent deals and school fees while she takes care of the rest of the family’s financial needs.

During the weekends, Brian travels up the country where they own a farm. This is where the extra financial help comes in.

He sells chickens and rabbits, but still, even so, is no match for Miriam’s side hustle of lecturing to university students on Saturdays, a job that earns her 70,000 shillings per lecture.

Brian had a hard time explaining to his children why he wouldn’t use the family car. Of course, with their daughter being dropped off to school and Miriam driving in the opposite direction to work, Brian has to use public transportation to work. His friends think that he is not a real man.

“I respect my wife and I respect our children. I don’t understand how my wife can take public transportation and yet I’m in a car that I comfortably drive to work. Our family car is a resource for the family. It’s a good thing she has it because she is in touch with the family’s needs, which include medical emergencies.” Honestly, I’ve had a lot of questions from my kids about why I don’t use the family car. A lot of people really think my wife runs the household,” says Brian.

Likewise, John, a community worker, is married to Esther, who is a principal at a leading private high school. When they started, Esther was still undergoing her college education.

Now, her monthly salary is Sh230,000 while her husband is getting Sh80,000 for his position as a facilitator in the NGO he works for. Esther pays more bills than John.

A month ago, through Sacco, Esther had bought land in a prime location and now, the debate in the family is that they are building their apartment house there. John has no capital for this. do ester.

With all the positive talk and women’s empowerment as well as the change in professional lifestyle as more women are empowered, men are finding it hard to keep up with women in terms of their financial capabilities. Some feel insecure with women pushing the envelope asking their men to step up their game.

Well, a lot of men all over the world earn more than women – that’s a hard fact. According to the United Nations, women globally earn only 77 cents for every dollar earned by men.

However, while they anticipate that it may take until 2069 to achieve equal pay, this narrative is slowly changing, with more women gaining education to higher levels and women gaining employment in previously male-dominated fields.

For example, in the United States, a study by the Pew Research Center found that in 22 out of 250 American metropolitan areas, women under the age of 30 earn as much or more as their male counterparts.

However, while this should be an invitation to celebrate (we should, after all, celebrate this progress made after centuries of striving for change), married women or women in any kind of union who outdo their husbands or their partners. They find their marriage life tougher. 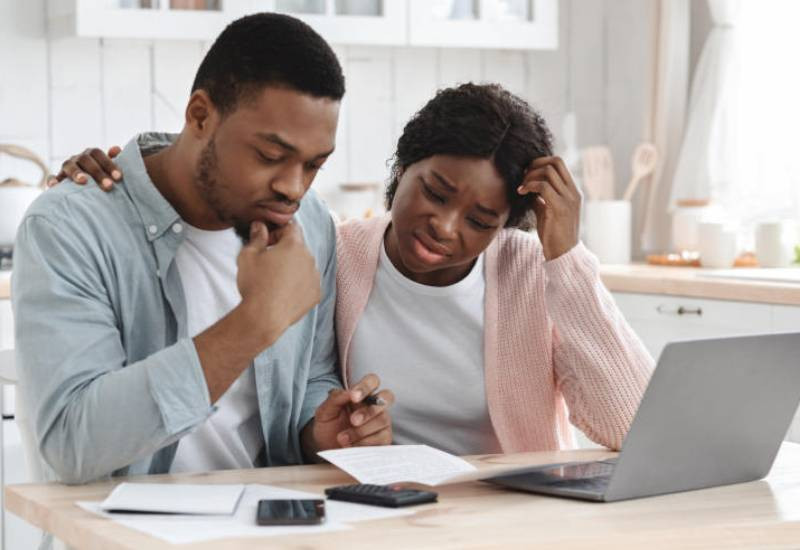 Everywhere, Google search bars and relationship handlers are getting the same unfortunate questions:

Can the relationship work if the woman earns more money?

What will happen if I earn more money than my husband?

I earn much more money than my husband, what should I do?

A 2020 study from University College London showed that UK husbands get a psychological boost when they outdo their wives and feel sad if their wives earn more than they earn.

In a study by the American Sociological Review, 15 percent of men who were 100 percent financially dependent on their wives had relationships compared to 5 percent of high-income wives who strayed.

When Kelito Musia first joined a regional NGO as a legal director, her then-husband was a lecturer.

“I was so excited! Moreover, I was in charge of four countries in the East African Bloc, for being good wages. So, this meant that I also had to travel a lot. Alfred (her ex-husband) was still a lecturer at the law school, where I studied and where we met.

“My new salary was almost three times. Honestly, his salary wasn’t that bad, but he had a lot of commitments, including educating the siblings. I thought my promotion would be a huge relief because all of our kids were in school at the time.”

She says her ex-husband wasn’t too enthusiastic about the promotion.

“At first, he claimed that our sons were too young to travel all the time. I believed him. I even tried and excused myself several times from traveling to partner countries. Later, when the cheating started, he encouraged me to travel.”

She adds, “He wasn’t happy with the promotion, and because he couldn’t convince himself of it, he used travel as an excuse that he was ‘alone.'” Just before we broke up, I found out about the woman and confronted him. We had a big fight, he said the job changed me, and he accused me of sleeping with my boss, which is up Which I found interesting because he’s the one who cheated and changed. I didn’t leave after long.”

Infidelity often leads to separation or divorce in many marriages. Another study by the University of Chicago shows that marriages of female breadwinners are 50 percent more likely to end in divorce.

While such women may want to divorce because they can support themselves independently, the main reason for the increased likelihood of divorce is due to infidelity and the fact that men in such circumstances tend to be less involved in family affairs, and this can encourage emotional distance.

According to research, these men cheat because financial dependence on their wives may pose a threat to their self and their masculinity. This may lead to relationship sabotaging behavior, which is largely committed to restoring their manhood. For this same reason, some men are likely to turn violent.

Some instances of physical and emotional abuse are directly related to the wage gap disparities where the woman outperforms her husband. The more a woman’s income exceeds her husband’s, the more likely she will be subjected to some kind of abuse.

One study observed a 20 percent increase in the frequency of reports of emotional (and even physical) abuse by females in heterosexual couples where female earnings were greater than male earnings.

“I am a high school secretary. My husband – before he lost his job – was an accountant in a PR firm, where he earned approximately Sh160,000 after taxes,” says Vivian, 46.

She adds, “Once upon a time, there was a problem in their office, and he was accused of something he did not do and they fired him. He stayed at home for a while looking for work, but he found nothing.

“There is a time when he even applied to my school as an assistant principal, but he didn’t stay long because he couldn’t bear to be ‘younger’ than his wife at work. Finally, he got one as a marketer at a small solar company that wasn’t doing well.”

“Since he lost his first job, I take care of most of the bills. I understand his situation, so I don’t mind. But he has changed. At first, I thought he was just nervous, but he started hitting me, and he was getting angry over the little things, accusing me of disrespect. time, but he still does it occasionally.”

Men like him are violent towards their partners who earn more than they earn. Their masculinity feels threatened because their traditional role as dependents has been taken over by the wife. 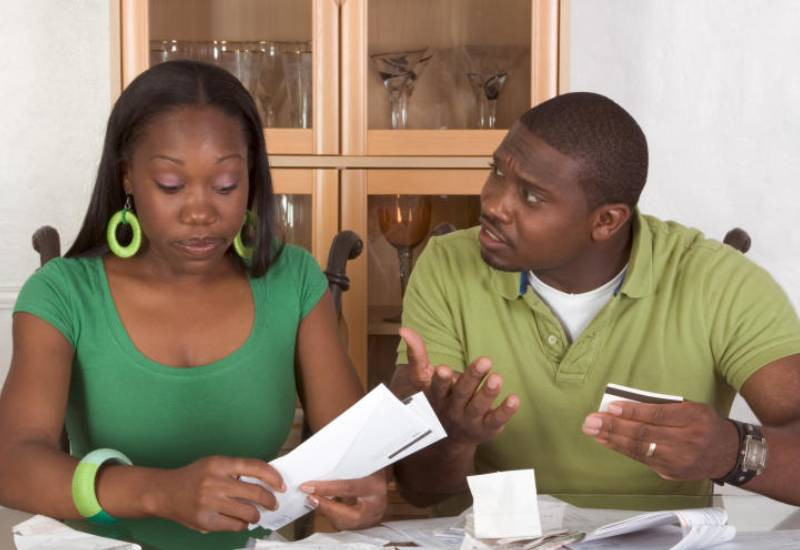 In this case, as the scale leans too much towards the woman, they may resort to violence to reassert these roles. They may want to remind their wives that they are still heads of the household by being unreasonably dominant and often more aggressive.

In an interesting turn of events, women who earn more than their husbands are also more likely to do more housework than their men. That is, the gap in household chores increases when women are the primary breadwinners.

One possible reason for this could be that the woman is trying to “take out the privacy” of herself by serving her husband so that he doesn’t feel threatened.

Another common reason, of course, is that men may refuse to engage in household chores (despite having the time) as a way to punish a high-income wife.

According to Peter Maina, women often get tough when they start to earn more.

“If you don’t set foot and make decisions, she will look down on you. A woman can easily step on you. She can even make you wipe her feet. If you’re not careful, you’ll become the ‘woman’ of that house. Some women just despise.”

He remembers his wife, who they were still with when he lost his job during Covid-19, she once told him during an argument not to cause her problems because “even what you shit, I’m paying for it (she was the one who buys all the food in the house)”.

On the other hand, Kelvin Gachero, whose girlfriend is much older than him, and earns much more than he does, believes that it depends on the type of relationship between the spouses.

“The main thing is communication. A lot of the time, she likes to do things at home by herself, but I’m always happy to help. There’s nothing wrong with her cooking and washing used utensils afterwards.

“If she comes back tired and you’re home all day, why don’t I cook? But it depends on what you believe in as a couple, and maybe also on how you are raised. We did the chores on an equal footing in our house, so I don’t see any big problem,” he says.