President William Ruto, in his inaugural address after being sworn in as the fifth head of state, reconsidered the controversial Competency-Based Curriculum (CBC).

Ruto said he will establish an education reform task force to review the curriculum, which is equally praised and criticized.

The task force will be tasked with facilitating public participation to simplify key issues in the interpretation and implementation of the new education system.

The implementation of the new approach currently faces several obstacles, including inadequate infrastructure. 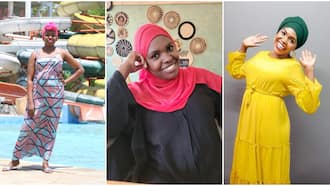 Amidst the push and pull, Damacrest Schools in Nairobi Embrace the curriculum completely.

The school has a number of projects in each learning area. For example, sixth graders kept rabbits, guinea pigs, and chickens as farming projects.

In Home Science, students learn how to make embroidered napkins and cook various meals, including fried eggs and stewed meats.

In music, learners composed folk songs among other patriotic songs.

The third graders have their own projects in different subjects, but one of the most notable was agriculture, where they created a kitchen garden.

“CBC is a good system that takes into account its practicality because it allows learners to be creative on their own. 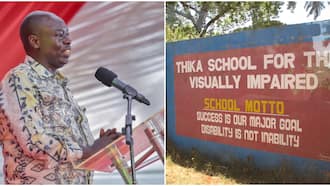 Rigathi Gachagua presents the education of the visually impaired girl who hosted him in Kisumu: “I’m taking over”

I see a lot of positive things from behind it, especially when I see the pupils gain skills in feeding rabbits, cleaning their hut and watering vegetables, and the experience will go a long way in affecting their lives in the future.”

Mbonjiro also debunked the idea that CBC is expensive, saying that most of the materials that learners are required to bring from home are available locally and can be improvised.

“CBC is not expensive. Most of the things learners are asked about during the practical part are locally available materials. The problem with some parents is that when they are asked about materials, they rush to buy it rather than improvise.” added.

Despite the system’s success in the school, Mbonjiro noted some of its shortcomings that the review staff recommended that they be addressed.

He regretted that the implementation of the system had been expedited and, as a result, the teachers were not well prepared. 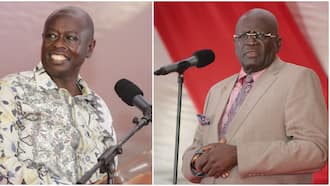 “Implementation of the system was a bit quick. It is something that was supposed to be introduced gradually. The teachers were not sufficiently trained and equipped. For me, some of the things that I teach, I have to learn by myself through the internet,” Mbonjiro said.

Thus, the teacher asked the review staff to train teachers on CBC content and preparation.

He also suggested revising the curriculum because some of the forts taught there are not relevant to the learners.

“I teach physical health education, there is such a thing as liverwort, it is not very common. Perhaps there is a specific goal they wanted to achieve but it is not very popular,” he said.

Whatch out: Click ‘See First’ under the ‘Following’ tab to see TUKO News on your news feed