The North Shore has a bunch of decent restaurants these days, and now celebrity Auckland chef Jason Kim (Gochu) has arrived to add another one.

Joining The Engine Room, Nanam, Cave a Vin, and Stanley Street Bistro is Tokki, a small kitchen serving mostly traditional Korean food to locals with a very grateful look on their faces.

I was dining with stylish food writer/model/rage merchandiser Albert Chu and took him from Hearn Bay in my 2005 Kia Sportage, definitely the worst car he’s ever seen, let alone crossed the Harbor Bridge, although it was kind enough not to say anything. Because the air conditioning swings wildly and unexpectedly between “arctic winds” and “forest fires”.

Parking in Milford was tight and I had to drive back a very small place. I was quite happy with my efforts, but I didn’t get as close to the curb as I thought, so when we got back and left the nearby cars, my Kia looked like an abandoned vehicle on a police chase while the officers pursued a subject on foot.

At $75, Tokki’s house menu is a great choice: a series of fabulous meals that are almost totally delicious, finished with toasted marshmallows hiding a cube of ice cream.

Ice cream, like some other dishes, has an ingredient that I didn’t recognize when it was announced that I would have asked them to write down, but when I’ve asked someone to say it several times already and everyone is ready to move on, sometimes you have to cut your losses.

I can tell you that over nine courses, you’ll taste some of the things you know well – soy sauce, vinegar, and gochujang – as well as some you may not have heard of, including the Korean herbs that Jason is especially eager to showcase as winter turns to spring.

Read: At Thaiger, green curry is a crowd pleaser

It’s a very pleasant dining room, seating 20 or so and a curved bar with plenty of drinks behind.

The wine list has had some expert advice and is reason enough to visit – I had a couple tall luscious eggs, but politely declined to hun over Chef Jason’s prized whiskey cart, an after-dinner delight that hovers from table to table along with a glossy box of chocolate mixed with Korean flavor Others I didn’t get, but I’ll describe here as “Christmas”. 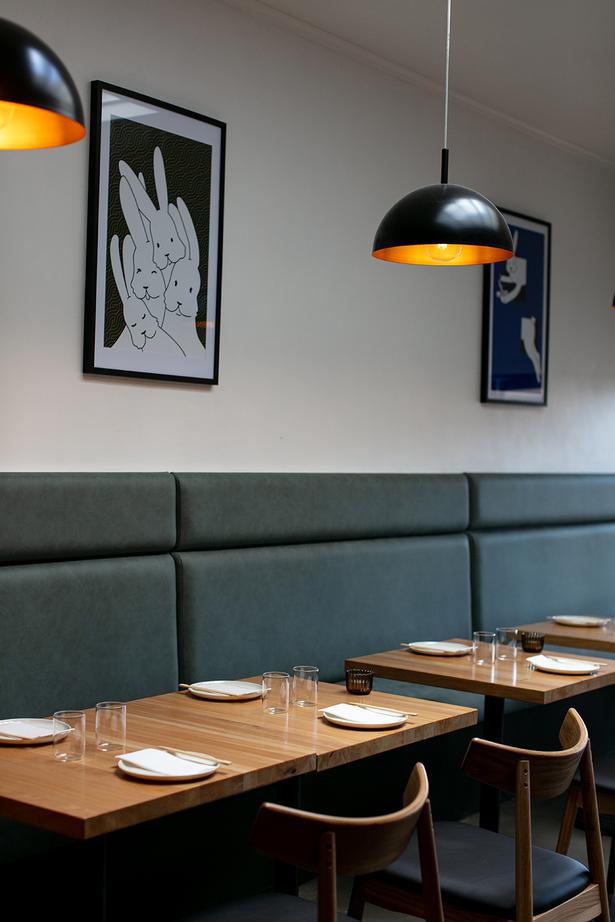 “There is a real sweetness to the room, which is decorated sparingly but carefully, well, mostly rabbits (Jason was born in the year of the rabbit, or ‘toki’ in Korean).” Photo / Babish Martins

Jason is currently trying to bolster the camper pick by importing an 18-year-old bottle of something or other which looks like he’s going to put it back in as far back as it fits for a curved counter, but when he told me about it seemed to be the happiest thing I’ve seen all night so, you know, follow your dreams all .

There’s a real sweetness to the room, which is frugally but thoughtfully decorated, well, mostly rabbits (Jason was born in the year of the rabbit, or “toki” in Korean).

(Although based on my time in Asia I think they would need to adopt a friendly kitchen cat in order to make the experience truly authentic), Albert said as he walked into the kitchen and to the toilet outside.

One of the nice things about that trip beyond the chefs is that you notice how reassuringly simple their preparation is: a basket of glowing charcoal, a skillet and not much else.

The food is exciting: a dish of raw fish drenched in a creamy Korean mustard sauce that really kicks off, then drizzled with olive oil and sprinkled with chopped herbs flavored with anise.

The eggplant dish is a hit, with each finger of eggplant covered in a classic fish and chip mix, fried until super crispy and glazed with soy, vinegar, and chili. There are four huge chunks of this eggplant, stacked like bits of jenga, and this was early evidence that Toki loves to feed you – it’s less of a tasting menu and more of a Korean banquet, although unlike other feasts, the dishes are eaten in one file.

Melt-in-the-mouth wagyu in black garlic sauce with crisp white daikon kimchi; A geometric cube of juicy ham still almost squeaky at the end of its skewer with more fermented goodness on the side; A chicken wing he’s somehow broken down and stuffed with prawns, then covered in crumbs and fried before finally covering it with a truffle mushroom sauce.

It’s a great mix of hearty, comforting, hot food – and between courses you can enjoy room and drink from one of the city’s best short wine lists.

For locals, this is a no-brainer; For those south of the bridge, it is worth a special trip.