As Nick White of Wallaby prepares for Saturday night’s Bledisloe Cup match at Eden Park in Auckland, he’ll need to pack the essentials — shoes, mouthguards, a jockstrap, and most importantly, earplugs.

White has become the most unpopular player in world rugby over the past month, and Kiwi supporters will let him know in no uncertain terms when he enters the field.

It won’t be the systematic and organized bullying they gave to White’s former teammate Quad Cooper during the 2011 World Cup in New Zealand, but former Wallaby Berk Barnes says it will be on the same court.

Barnes, who played alongside Cooper during the World Cup, says he categorizes sports intimidation into three categories.

There is a threat from Hawaiians to kill Rabbit Bartholomew and other Australian surfers in the 1970s; There’s what happened to the Quade in 2011, and then there’s what Nick will honor. “It won’t be as bad as the two best, but the New Zealanders will give it to him, that’s for sure.”

White was accused of “killing a small piece of rugby’s soul” when he performed an “Oscar-winning dive” against the Springboks who knocked out his opponent in a Test last month. 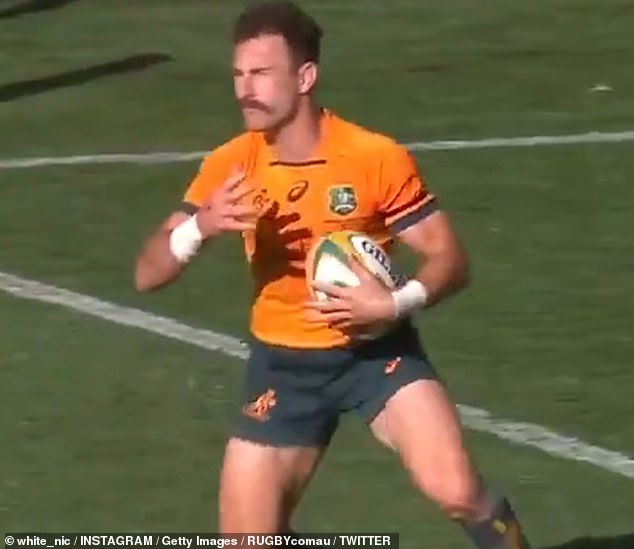 The moment that angered fans around the world: White raises his voice after Faff de Klerk patted his face while trying to throw the ball out of his hands during a move.

Bartholomew caused real Hawaiian anger when he said that the Australians would teach them how to surf before his first trip to the islands in 1977. Many believe that only the intervention of respected local leader Eddie Aikao saved his life.

Cooper made the cardinal sin, in the eyes of a Kiwi, of shoving and tossing in front of All Blacks captain and New Zealand favorite Richie McCaw, in two Test matches ahead of the 2011 World Cup.

By comparison, White is only guilty of an apparent dive that saw Springboks send Faf de Klerk to sin-bin in Adelaide last month. This was followed by a violent protest with referee Matteo Raynal after the Frenchman controversially prevented Australia from winning the opening match for Bledesloe last week in Melbourne.

It’s hardly a newspaper front page declaring Quade Cooper ‘Public Enemy Number 1’ that greeted the Wallabies when they landed in Auckland in 2011, but sent the internet into a frenzy nonetheless. 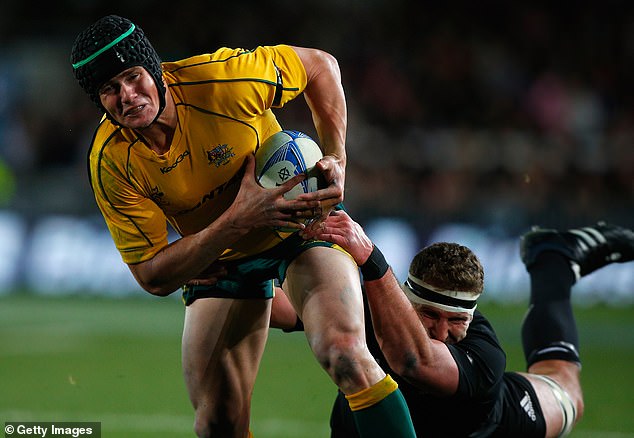 After the Springboks incident, in which White fell theatrically after slapping de Klerk in the cheek while trying to drive the ball, Nic White memes took a life of their own.

There was a picture of a man lying in a hospital bed, with White’s face superimposed with the caption, ‘Surgery has worked to reattach Nick White’s displaced mustache hair.’ He will return to training in 4-6 weeks.

One of the memes had a picture of a mass vigil lit with candles and the words, “Rugby fans from around the world gather around Adelaide General Hospital to pray for Nick White.” Others were wearing a pink ballerina tutu or kissing an Academy Award and portrayed by Will Smith as Chris Rock.

Few things give me so much joy as Nick White’s tears.

“It makes me so happy to see Nic White get an amazing whole plate of F**K YOU.” 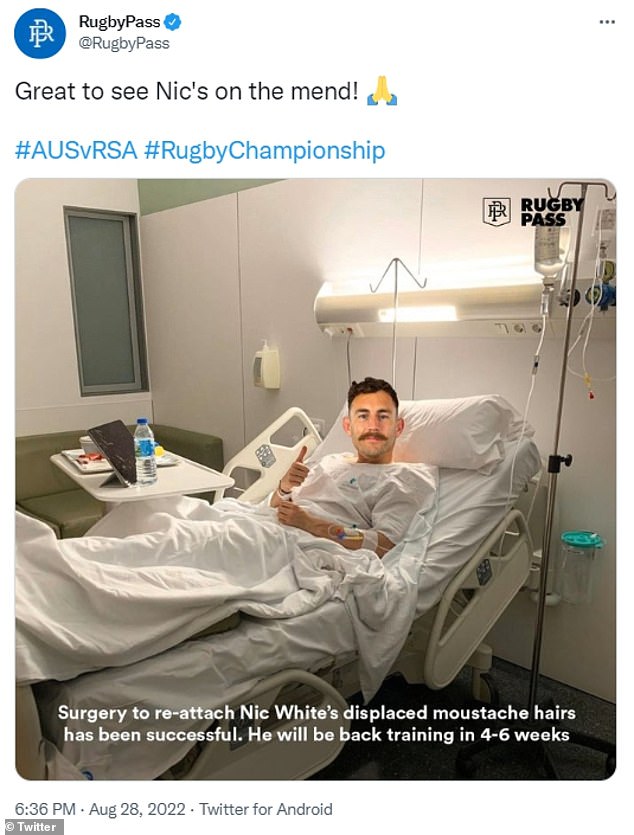 With the White and the Wallabies not winning at Eden Park since 1986, there’s no doubt he can’t expect more of the same on Saturday night.

As Quade Cooper found very painfully in 2011, the Wallabies not only face 15 All Blacks when they play in New Zealand, they face five million kiwis.

The 85-year-old New Zealander was booed, belittled and beaten from the time he arrived in the country until the time he left, leg in a cast, seven weeks later.

Wherever he went he was subjected to a nationally focused campaign of what former Australian captain Steve Waugh described as “mental disintegration”.

The newspaper that printed the “Public Enemy Number 1” poster claimed to have conducted a poll that ranked Cooper at the top of the list, ahead of the French perpetrators of the Rainbow Warrior bombing. There were radio phone calls, T-shirts, and the “I Hate Quade Cooper” Facebook page. A TV show asked the question “What is a Boofhead, and is a Quade Cooper one?” Even then New Zealand Prime Minister John Key joined the anti-Cooper movement. 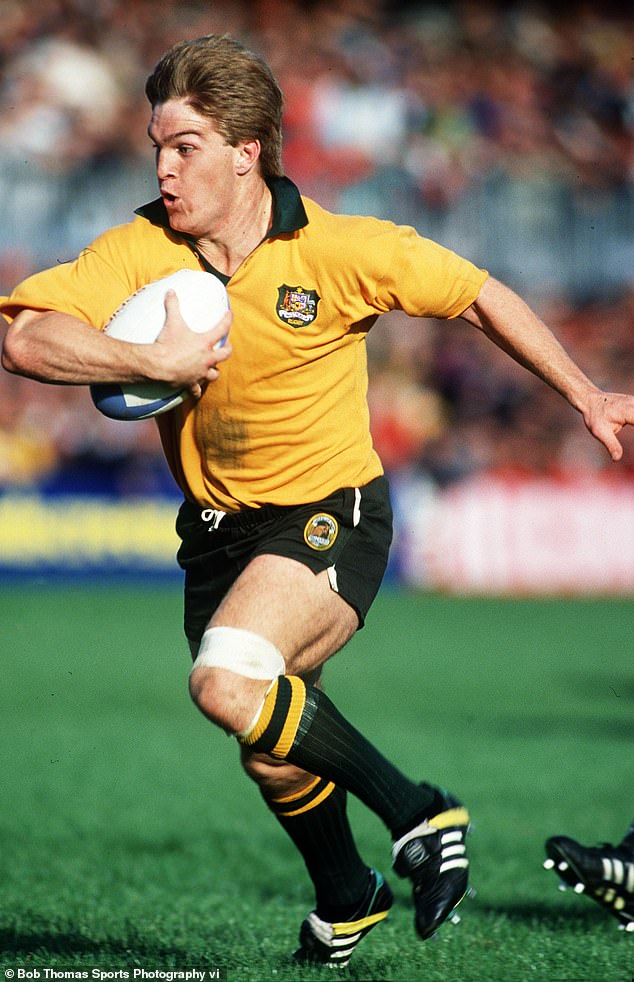 Australian legend Tim Horan (pictured playing at the 1991 World Cup) has some sage advice for Wyatt on how to deal with being the focal point of the Kiwi fury at Eden Park – the biggest wallaby stadium.

White won’t have to put up with that level of hostility – he won’t be in the country long enough, for starters – but rest assured if the kiwis are in the stands, or even on the streets – they think they can upset him by bringing him down last week, they will.

Nobody has a longer memory than a Kiwi rugby supporter.

When the Wallabies eliminated the All Blacks from the 2003 Rugby World Cup in Sydney, Australia captain George Gregan threw the famous bobsled, “Four More Years, Boys” to the stricken New Zealanders.

Eight years later in the World Cup semi-finals at Eden Park, after a mental shot from Quad Cooper had put in a full kickoff and the clock was ticking on a 20-6 All Blacks victory, Kiwi’s supporters had their revenge.

What the Kiwis have in store for Nick White is anyone’s guess, but Wallaby’s great Tim Horan thinks he’ll rise to the challenge.

“Nick is a strong character,” he said. “He’s a typical intimidating midfielder who takes playing for Australia very seriously, but he’s also great.

“I saw him on the street with his parents before the first Bledisloe game and he was very relaxed, just enjoying the experience.”

Horan, now a respected television commentator who ended his career with the Saracens in the UK, believes White’s three seasons with the English Exeter Chiefs made him deal with the abuse he is currently receiving. 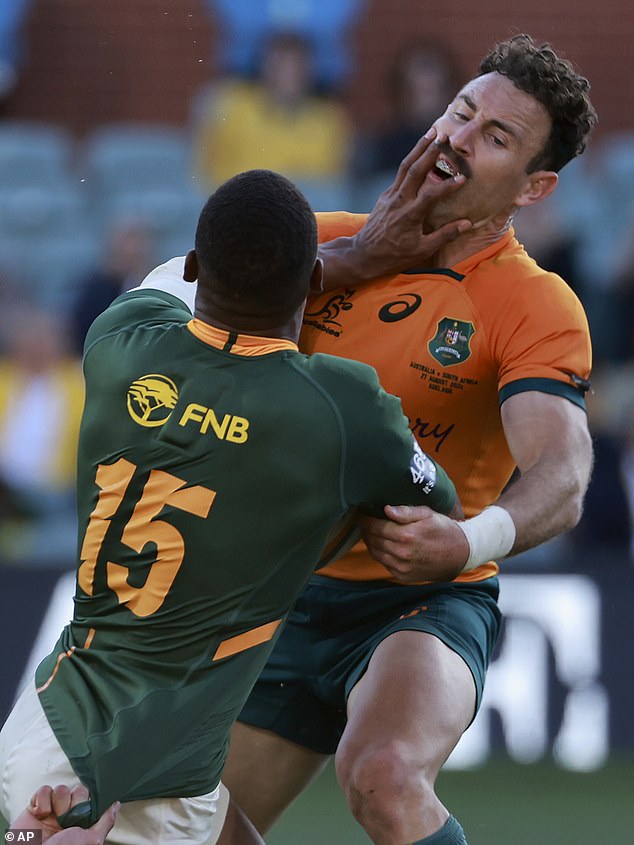 Take this with you: White had his face sucked up by South African Damien Willems last month. It wouldn’t hurt as much as it would from the Eden Park crowd 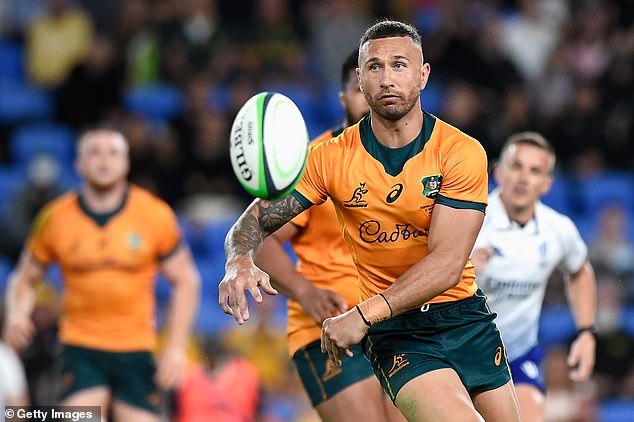 “They play three times a week and the fans are very close to the stadium,” he said. It can be quite noisy but you get used to turning off all the noise.

On top of that, it’s not what happens in the stands that you should worry about at Eden Park, it’s what happens on the field. It’s not a particularly scary stadium because the stands are very far from the pitch.

What makes it difficult is the layout of the stadium, with a cricket ground in the middle. It doesn’t look right, and it always seems slippery with the rain.

“We never learned how to play there, but most of all it’s an All Blacks castle. Winning there means a lot to them. It’s a factor of pride. They don’t want to be the first team to lose to Australia there after so many years.

They throw everything at you from start to finish. The speed and intensity of the game is unparalleled. That’s what Nick and the other Wallabies should be prepared for, not anything that will be shouted from the stands.